Welcome to Dan's Gaming Forum! Existing Members, Log In, using the button Below. Non-Members, click the button below to Be redirected to the Registration Page.

If You Do Not Wish to See this Message again, Select the Relevant Button, Below.

Discuss online games and other topics at Dan's Gaming Forum

You are not connected. Please login or register
Welcome to Dan's Gaming Forum!
Welcome to all New Members! Remember to read the Rules and Announcements, before continuing! Thank you, Dan.

Need help? Message any of the staff on the forum or post in the Customer Support Forum!

DarkEden is a horror MMORPG where you get to choose between 3 races: Vampires, Slayers, Ousters. It is very similar to Diablo - if you liked Diablo, you'll love DarkEden! 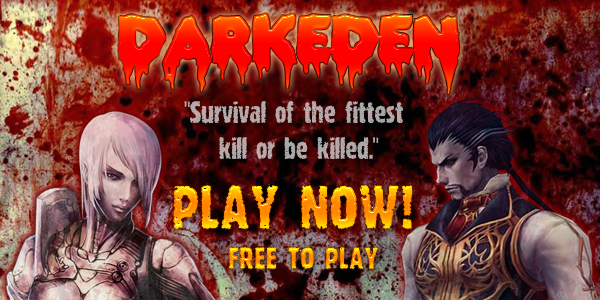 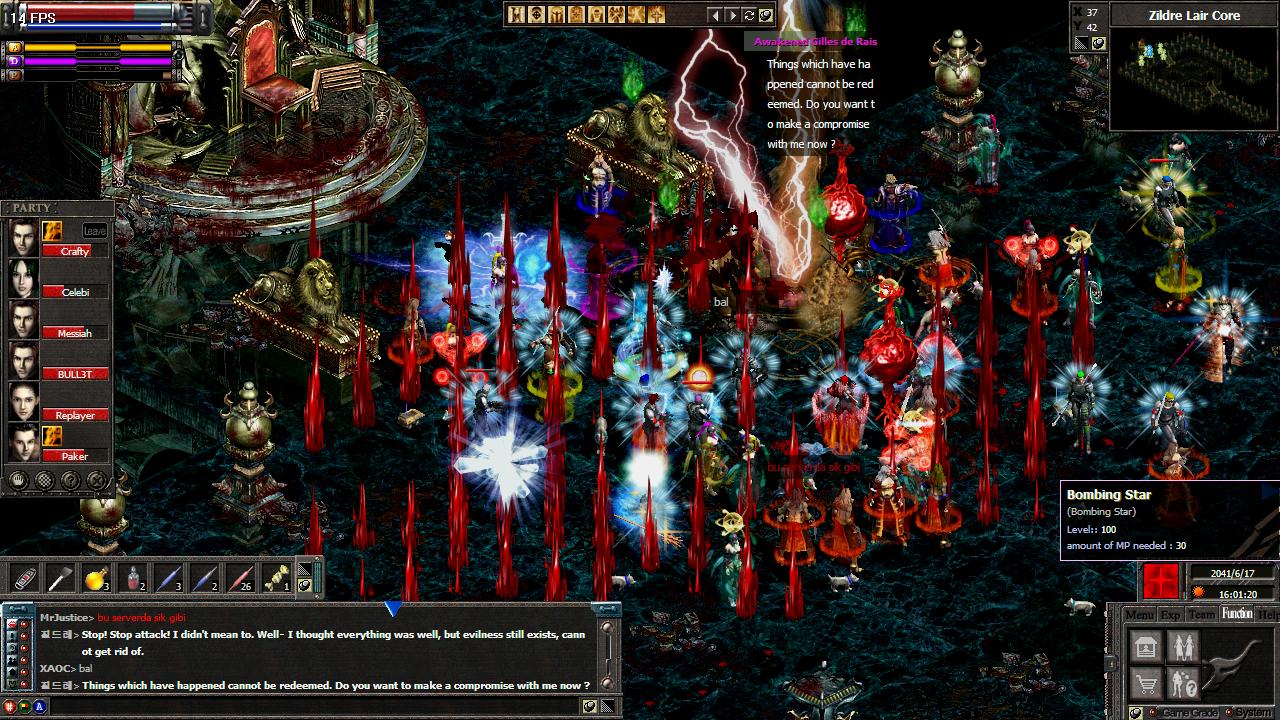 Information about the vampire race:
Can move fast (faster than the eye, so it looks like they're gliding on air)
Can drink blood to regain HP, can regenrate from damages such as bullet wounds and blade cuts.
Can transform into a bat, wolf or werewolf (lycan).
Can become invisible or hide under the ground.

Mage vampires = Most known for their torture skills such as blinding spells, paralyze. They can keep you alive just to play with you till they've had enough. Only then they will kill you.

Melee vampires = Fast & strong beings whose claws can cut through steel plated armor, bullets are rarely enough to stop one of these creatures. You'll need a rocket launcher. But be careful because they're very fast and hard to hit. 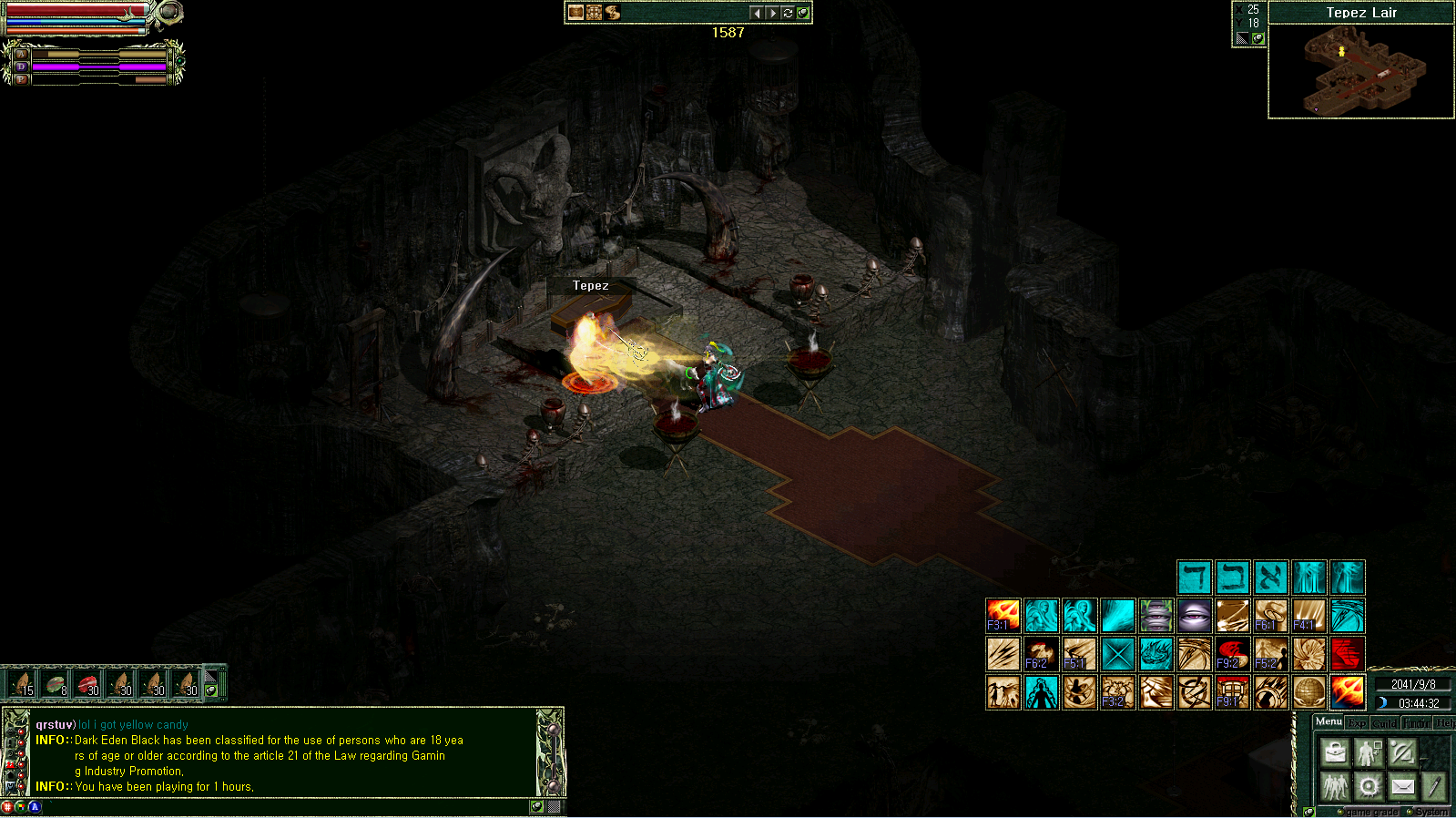 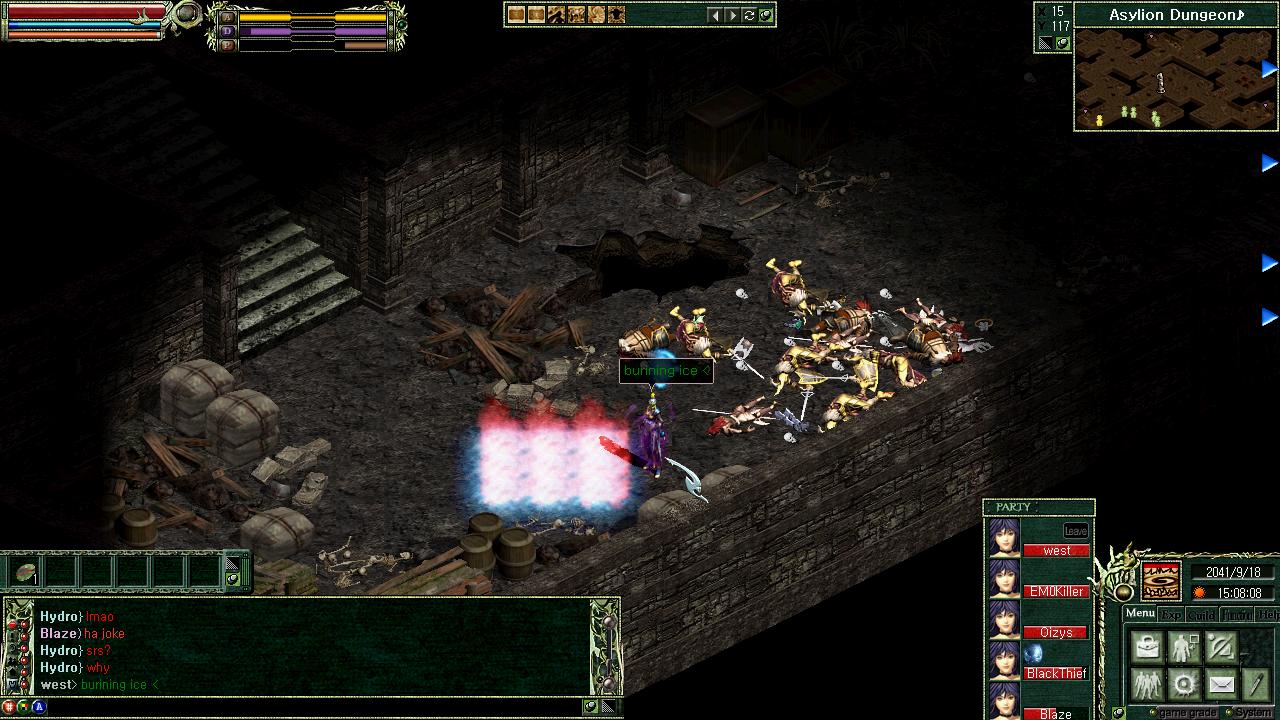 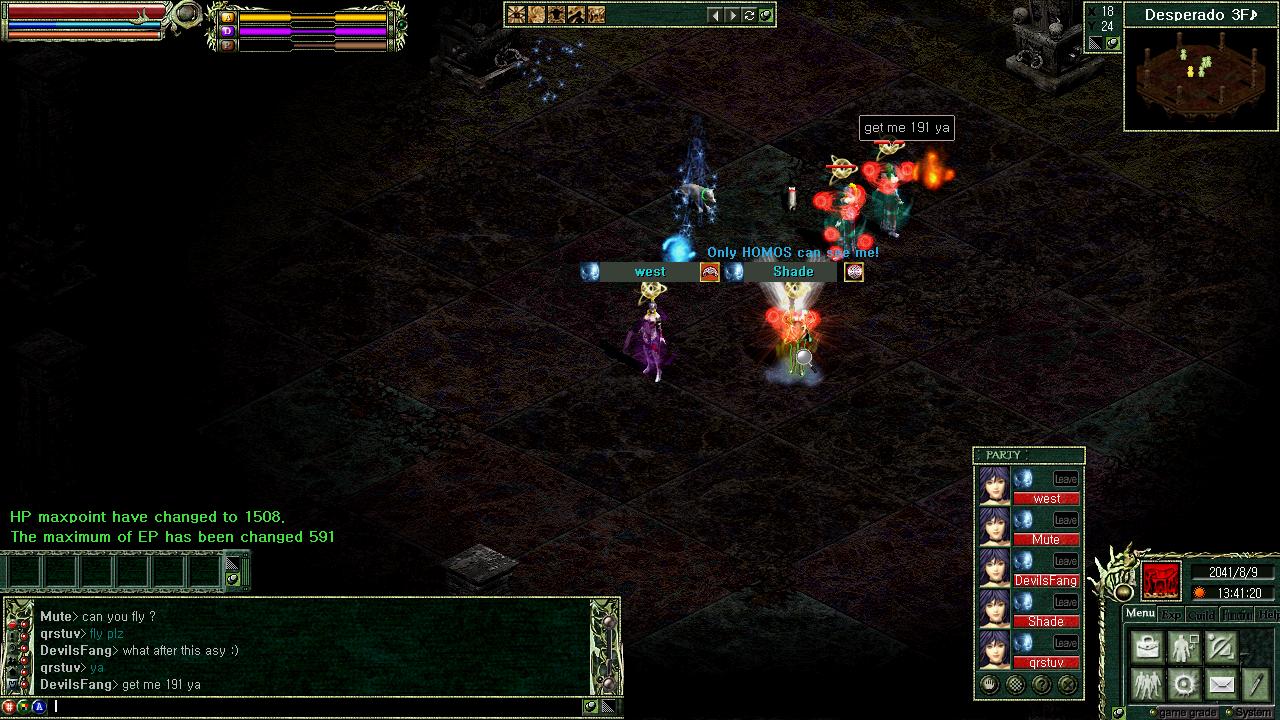 Ousters are relatives to fairies, they can use the magic of the nature to create powerful spells. Such as teleportation, prison of water, meteors, hellfire and much more.

There are 4 classes of ousters: Water, Fire, Earth, Wind (combat)

Water = Can control water, and revive/heal other ousters and summon water element that heals you and your friends.

Fire = Can control fire, very powerful offensive magic such as hellfire, magma meteors and fierce flame that burns down every living creature.

Earth = Can control earth, prison others with slow-down effect and summon huge stone-meteors at your enemies.

Wind/Combat = Can control wind elements and use a powerful chakram with a circular blade to slice enemies or summon razor sharp blades that fall from the sky. 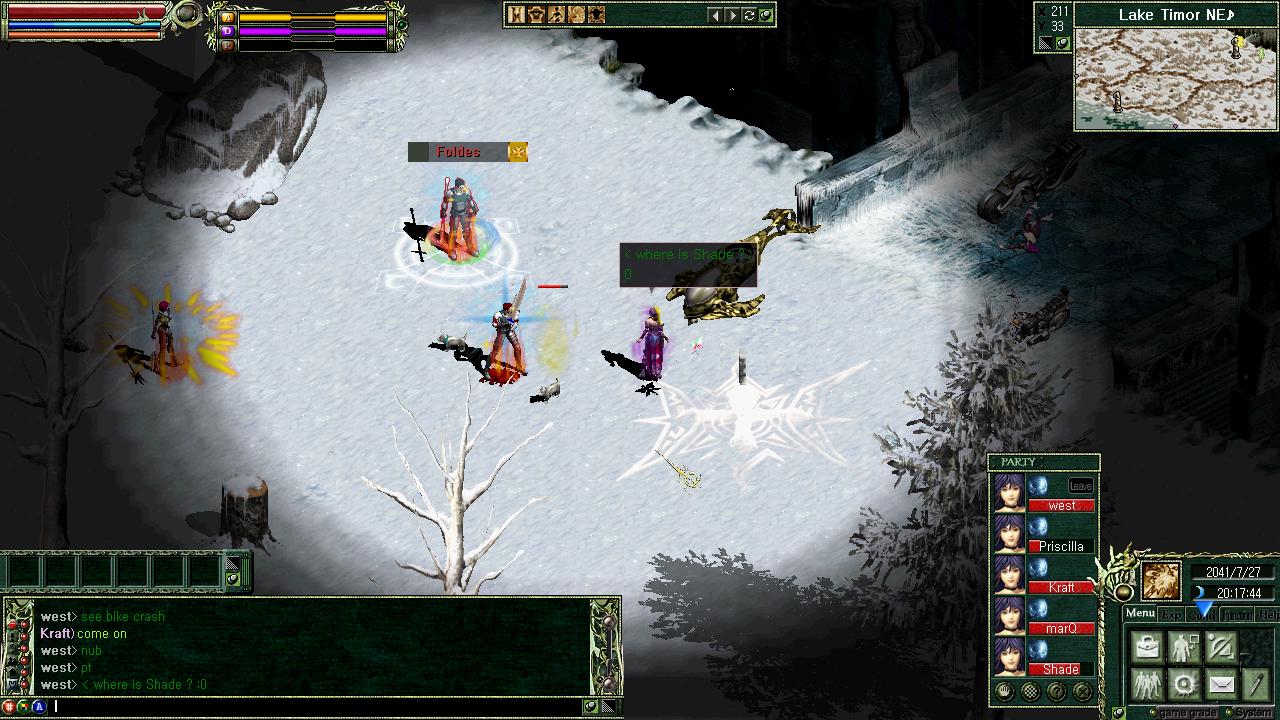 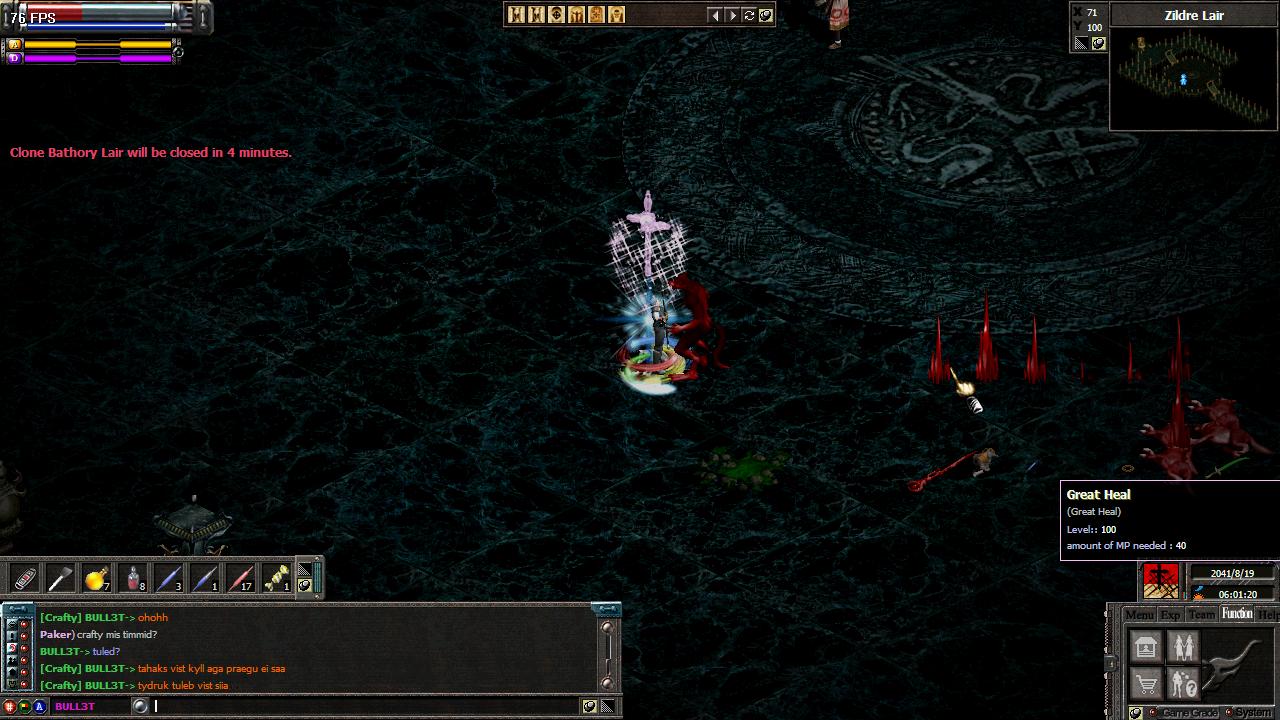 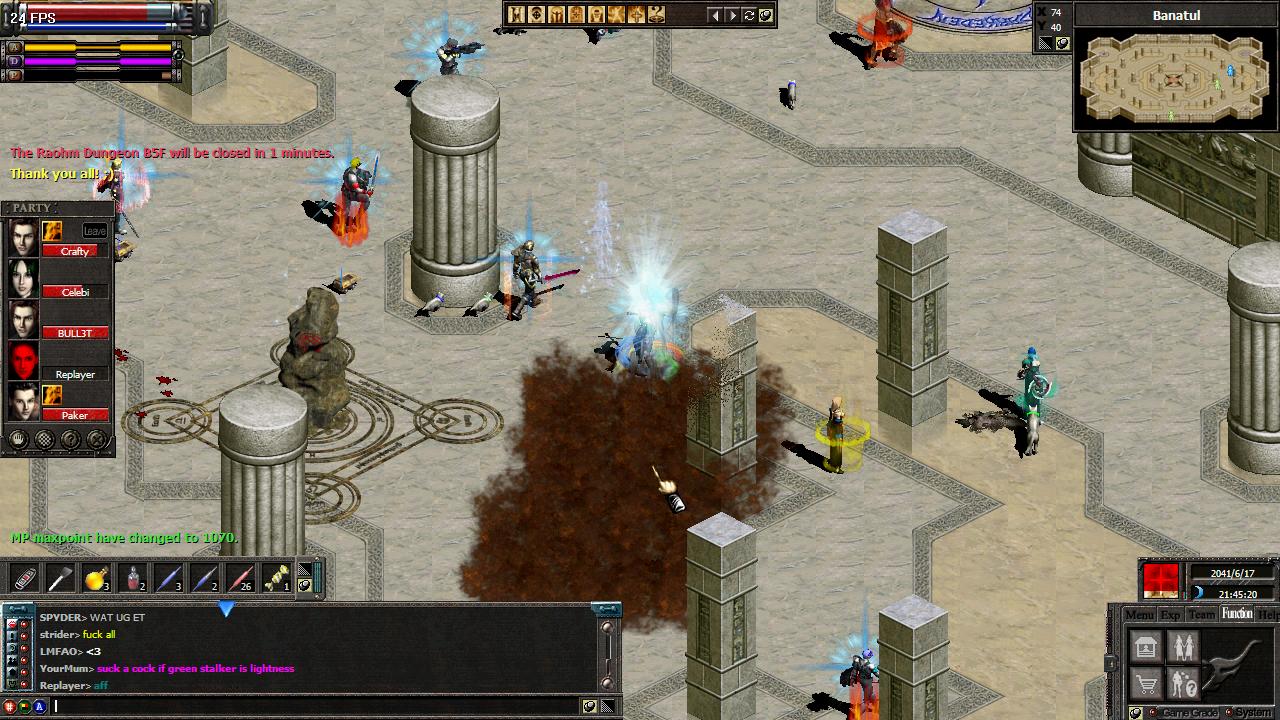 Sworder = Uses sworder & shield, can move really fast and use the power of thunder to strike their enemies.

Blader = Uses a big sword, one swing is enough to create a hurricane and blow away a lot of enemies.

Healer = A powerful magician that can revive & heal other allies. But can also destroy enemies with a lightning bolt from the sky.

Enchanter = A powerful magician that can buff other allies to see invisible vampires, and trap them with strong spells.


This is an interesting game with one rule: survival of the fittest.